Laurgaard first proposed the project in February 1920 as a way to re-develop this portion of the harbor and protect a large section of downtown that was prone to seasonal flooding. This part of Portland Harbor was a center of waterfront warehousing, commerce, and transportation through the first years of the twentieth century. By the 1910s, however, the area became increasingly run-down, and by 1920 the area from Clay Street on the south to Flanders on the North was marked by abandoned buildings, empty lots, and derelict wharves.

Twenty-eight gravity-fed raw sewage outfalls lined this portion of the waterfront, a number of which were exposed during low-flow periods of the Willamette River. These gravity-fed lines backed-up during seasonal freshets, causing raw sewage to fill the basements of downtown buildings.

Decrepit infrastructure, crumbling buildings, vacant lots, and periodic inundations of sewage appreciably reduced the real estate values within a 425-acre swath of the downtown business district. The Portland City Council requested plans of City Engineer Laurgaard to clean-up this area and resolve the flooding issue. Laurgaard submitted his plans in May 1925, and City Commissioners awarded the J. F. Shea Company the $2,135,000 contract in November 1926.[2] On May 1, 1929, Laurgaard and his team ran an official pump test for the entire interceptor and pump station to check the quality of the contractor's work.

Below are a selection of images and diagrams from Laurgaard's 1933 treatise on the Portland Harbor wall project, supplemented by a few images from the City of Portland Auditor's Office Historic Photos website (as indicated)

West side of Portland Harbor prior to construction of harbor wall, 1929.
(City of Portland, Series 8402-01)

Framing timber cribs to serve as base of concrete harbor wall.

Completed timber crib. These were ~30'-40' tall and filled with sand and gravel once submerged.

Engineering diagram of harbor wall; Willamette River would be to the right of the structure.
Timber crib sections of ~30'-40' served as the base,
and at the top are ~26' tall sections of concrete wall. 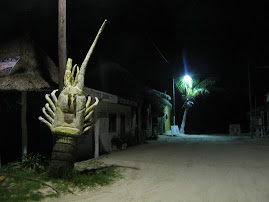 So Many Books to Watch and Movies to Read . . .